The Iowa Lakes Community College Board of Trustees travel to all campuses throughout the summer and Tuesday afternoon’s meeting was held in Spencer where they received an update on the progress former Eaton employees are making to advance their careers through Iowa Lakes.

Robert Leifeld, Vice President of Administration introduced Mary Faber, Director of the Spencer campus to open the presentation. She shared that one of the joys of her job is to work with students and them succeed.

She then introduced Candius Gibbons, a student who came to Iowa Lakes Community College following the closing of Eaton Manufacturing in Spencer. Gibbons talked about the impact the closing had on her and how she is re-shaping her life.

“I had the opportunity to go to school and I worked with Iowa Lakes and Workforce Development,” Gibbons said.

There was a lot of paperwork to comprehend. Iowa Lakes and Workforce Development staff assisted her with the completion of it. And, she looked at different career paths.

“I ended up deciding on the accounting degree because I feel there is so much more you can do with that degree – even including management positions,” Gibbons said.

She also told the Trustees that she appreciates having a campus near where she lives.

“Having the Spencer campus is very nice. I was glad I didn’t have to travel,” Gibbons said, stating that provides her with more opportunities to study to increase her chance for success.

In other business, the Trustees heard from Delaine Hiney, Executive Director of Facilities Management. She presented a revised Facilities Master Plan which incorporates future renovations, replacement and growth projects over the next several years.

She also reviewed recent projects around the Iowa Lakes campuses.

The Algona addition is moving forward. The painting is done and the glass has been installed.

The Estherville Fine Arts facility now has the metal roof decking on the fly space and the mechanical rooms. In the next week, the block layer will be moving to the house area. This is still on track for completion next summer.

And, the Chava turbine located on the College Farm Laboratory has had its software upgraded and is currently up and running.

Also during the meeting, Jolene Rogers, Executive Director of Community and Business Relations, gave a general update to the board indicating that the New Jobs Training project 2018-1 bond sale closed earlier this month and that orientations for participating companies have been scheduled.

While the college is launching the 2018 260E efforts, Rogers is also working on the upcoming fiscal year to identify those businesses and industries in the five-county area which could benefit from this program. The 260E program supports eligible businesses which are expanding their workforce by at least 10 percent. Those interested in learning more about the program may contact Rogers at 712-362-0431.

Progress has been made on the Susan Harwood Grant, according to Rogers. Iowa Lakes is providing OSHA and ARC Flash classes to area businesses.

She also mentioned upcoming events for the college including the Dickinson County Luau on Thursday, June 21; the Heldt-Laker Memorial Scholarship Golf Outing in Estherville on July 13; as well as Summer Graduation (July 27) at which the Kibbie Outstanding Service Recipients will be publicly announced.

Jeff Soper, Chief Financial Officer, reviewed the financial report and monthly bills with the Trustees. He discussed the Dormitory System Fund which reviewed the previous year’s actual activity, current year’s anticipated activity and next year’s budget. In addition, the 2019 Operational Budget of just over $21 million, was presented and approved.

After an executive closed session following the Code of Iowa, the Trustees re-opened the meeting and discussed the master contract for salaries for the upcoming fiscal year. Employees will receive a 2.1 percent raise.

One of the individuals hired Tuesday afternoon was Beth Elman, who will become the Executive Director of Marketing. Elman brings more than a decade of marketing knowledge to the position and extensive experience at maximizing market penetration and public relations as well as project management. She will begin work at Iowa Lakes on July 12.

The next meeting of the Board of Trustees is scheduled for Tuesday, July 17 at 4:30 p.m. at the Algona campus of Iowa Lakes.

Above right: Candius Gibbons spoke to the Trustees about her success as a student.

Above left: The Chava turbine. 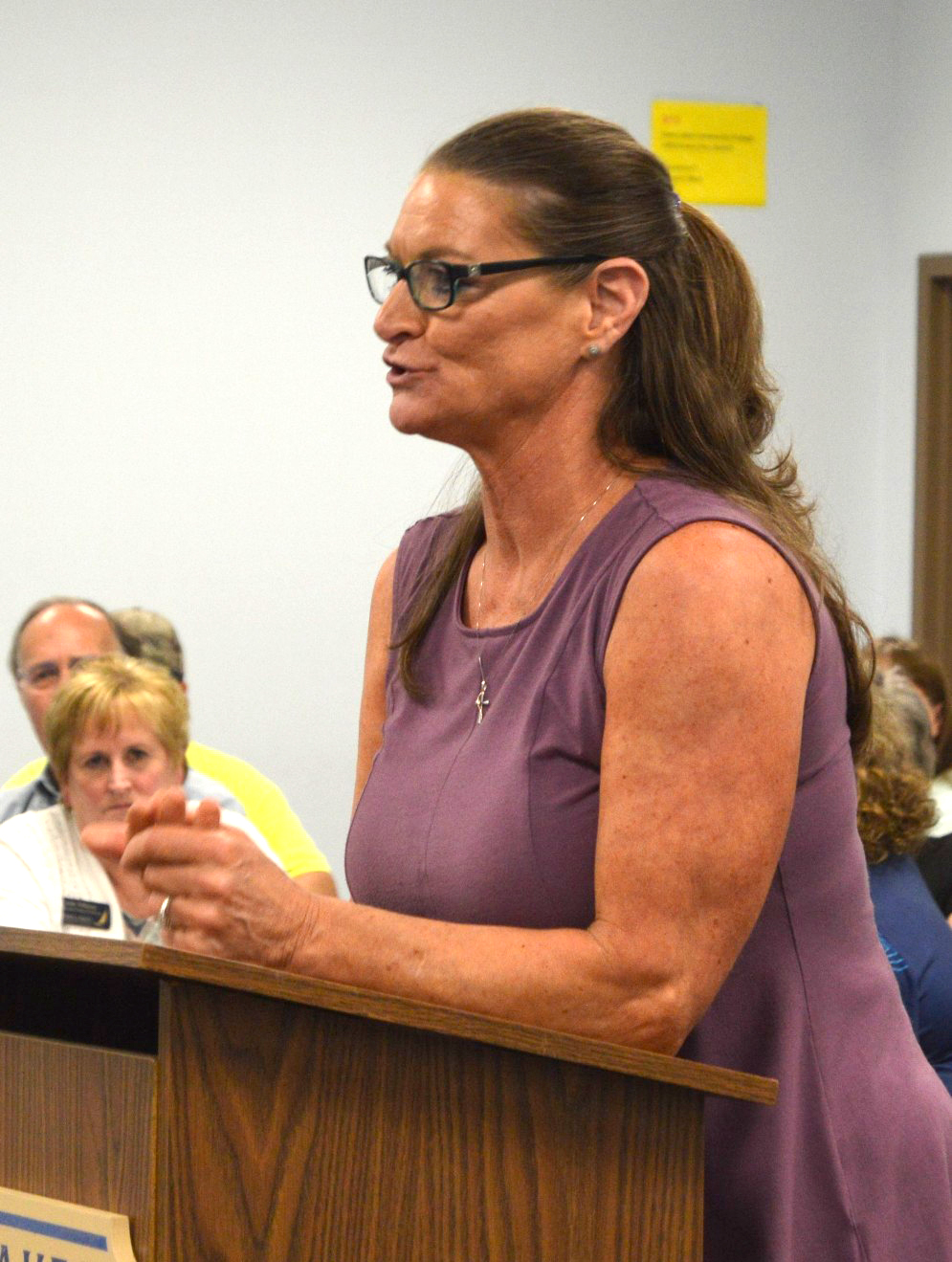 Candius Gibbons spoke to the Trustees about her success as a student. 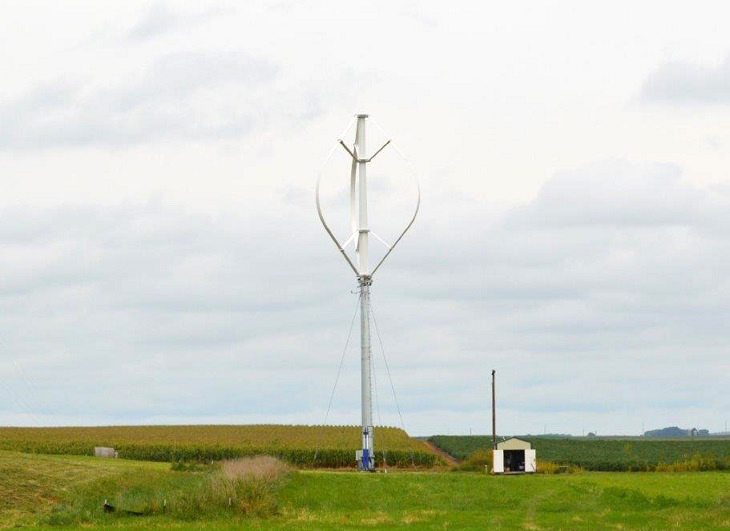 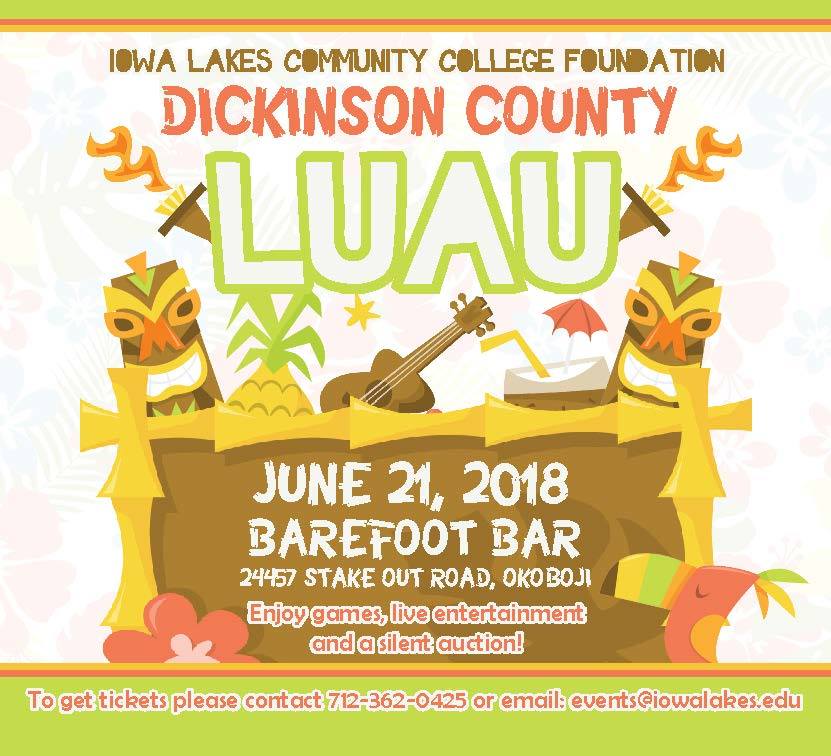