Fun and games means hard work for a group of Iowa Lakes Community College students making their own video game — and starting their own business — in downtown Estherville.

The game doesn’t have an official name yet, but the business is called Lonely Empire Studios, with the slogan “LES is more.” Its six members have a spacious, sparsely-decorated office in Studio 12, on the second floor of the Excel Building.

They plan to release their game to the public in August on Steam, a videogame distribution platform.

“We’re combining our efforts with what we learned in class with Kevin (Grems, assistant professor of web and game design) to try to make a video game,” said Zachary Westemeyer of Spirit Lake, Iowa, now a sophomore at Iowa Lakes.

Conceptually, the game is simple—each player uses a stone monster character called a golem to fight other players in a large virtual space online.

“At first we were going to use robots, but the rest of the game was so natural-looking,” Westemeyer said, referring to the game’s lush greenery and rock formations.

While the game could be classified as a Multiplayer Online Battle Arena, it has some unusual mechanics compared to other popular MOBAs like Dota 2 or League of Legends, Westemeyer said.

The biggest one is that players will be able to attach virtual cards to their characters that modify their stats, so no two characters will be identical even though they start with the same basic build.

“We are aiming for an everyone vs. everyone death match mode as the base game mode, but on top of that we will have team based death match, team based capture the flag, both single and team based king of the hill, and other modes that are yet to be announced,” Westemeyer explained.

While the idea behind the game is simple, actually creating it has taken months of significant effort and coordination between team members, each of whom has his own focus within the project.

Tae Evans, a sophomore at Full Sail University who hails from Mount Penn, Pennsylvania, is the project’s sound and music lead. He’s also working on the game’s damage-dealing system and its HUD or user interface, which tells the player how much health he or she has remaining, and is in charge of the team’s marketing and social media.

Westemeyer is the project lead, and has had a hand in most elements of the game. And Grems is coordinator of the Game Design program at Iowa Lakes.

The team has put in hundreds and hundreds of hours of work, starting with the planning process, where the game began as an idea for a single-player maze-like game. The group created a game design document describing in detail their objectives for the project.

They chose a game engine, a piece of software that would allow them to build a game more efficiently than if they started from scratch. They opted for the popular and free Unreal Engine, and spent some time choosing free assets—game elements originally created by others that can be incorporated into a game.

They tinkered with the variables in the Unreal Engine to handle the game’s physics. They set up the damage mechanics and characters’ health. They had to build a projectile that characters could use to damage other characters. And they had to make the entire environment of the game’s setting.

Most likely, the game, unofficially nicknamed Project: Labyrinth, will cost between $10 and $15 to purchase, and it is on track to come out in August. 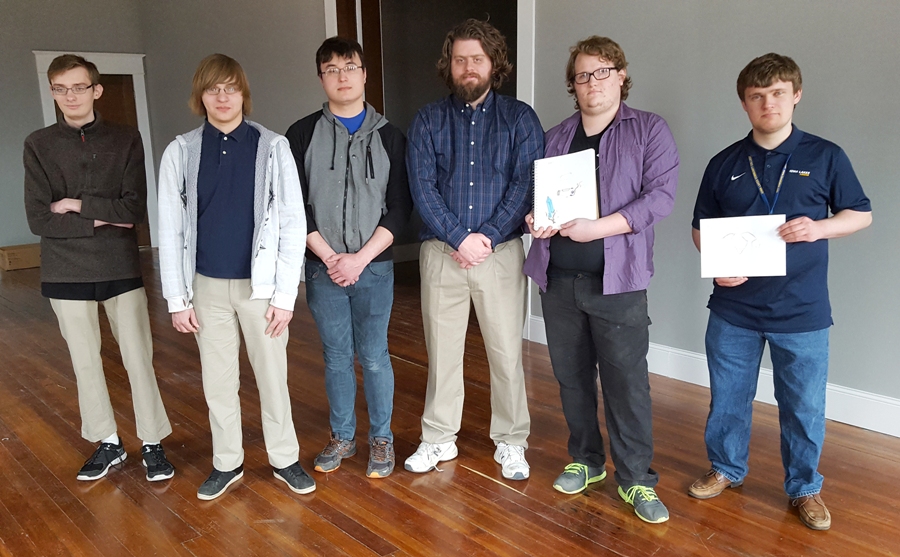 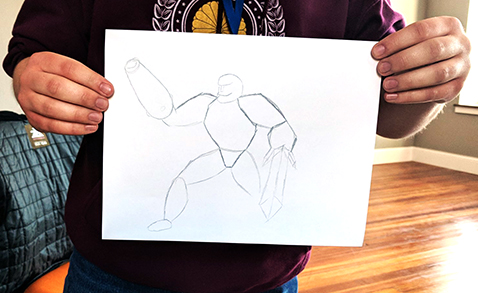