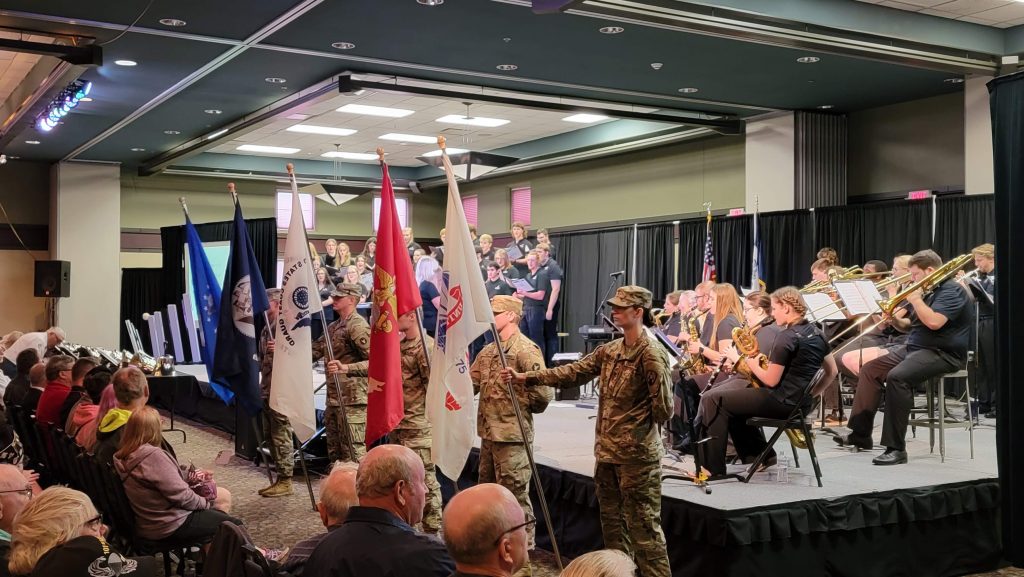 “We love playing for the Veterans!  We love honoring them with our musical performance. It’s just a little thing we can do to give back to them for serving our country,” shared Carol Ayres, Music Professor at Iowa Lakes Community College.