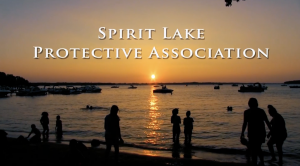 The sparkling blue-green water of the Iowa Great Lakes may be the star of Blue Water Festival video that recently earned a cinematography award, but an Iowa Lakes Community College instructor and student were two of the men behind the camera for the project.

White produced the video, and former Iowa Lakes student and MC22 intern Jessie Brustares recorded three of its scenes, created the graphics and even has a cameo in the finished production. Brustares passed away on Oct. 22, 2017.

White said winning the award was extra special to him because the video featured Brustares’s work.

“The footage used for this was the best of our stock footage, so I only used excellent shots,” White explained.

He made two versions of the video, one as a segment for Station Break and a second to play before a local Soul Asylum concert. 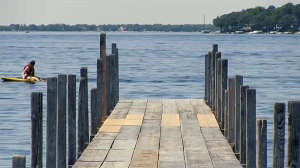 “The MC22 crew at Mediacom are pushing the boundaries for video and television innovation and creativity at a time when the industry is rapidly changing,” said Sabrina Dridje, managing director of the Telly Awards. “This award is a tribute to the talent and vision of its creators.”

The full list of the 39th Annual Telly Awards winners can be found at www.tellyawards.com/winners