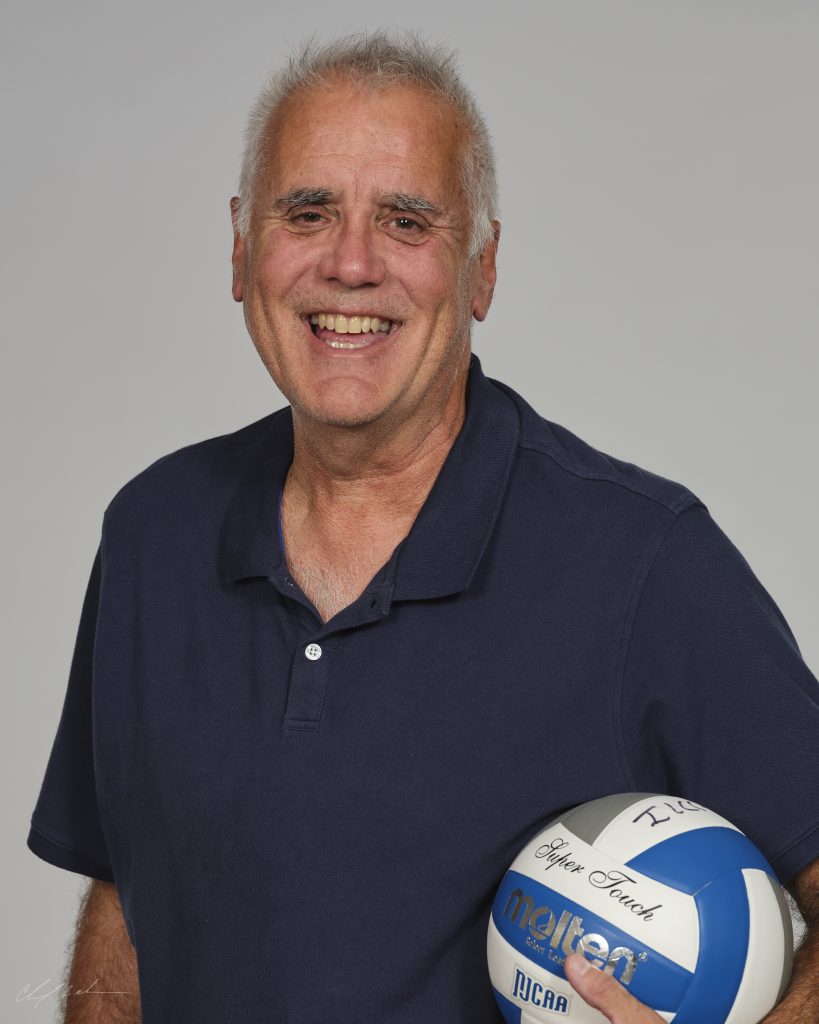 In August 2019, Coach Turnbull joined the Iowa Lakes staff after making his first attempt at retirement. Over his 42-year coaching career, Coach Turnbull has served in a coaching capacity for various sports, including men’s and women’s basketball, baseball, football, and women’s volleyball at collegiate and high school levels.

“Mike did an outstanding job in his four years of coaching volleyball at Iowa Lakes. He came into a tough situation starting only a few days before his first season and positively impacted the women’s volleyball program from day one. Surviving the COVID season was another challenge that Mike took head-on. This past season, we saw our volleyball program finish above 500 for only the second time in the last 10 years. Mike recruited the right type of student-athletes to Iowa Lakes and coached them up. His players not only learned more about the game of volleyball but also about life. They were better having gone through his program,” explained Iowa Lakes Athletics Director Troy Larson.

Turnbull’s impact on students at Iowa Lakes goes beyond the volleyball court as he also worked in the Advising and Success Center as an Instructional Assistant. In this role, Turnbull supported students, helping them with their academic goals and balancing school, work, and many other potentially stressful parts of life.

“Mike has been a great instructor on our Advising and Success Center team in Estherville. He is always willing to help students and focuses on their success in and out of the classroom. Mike always has a smile on his face and a story to tell. We are thankful for his dedication to Iowa Lakes and our students,” said Molly Struve, Success and Advising Center Coordinator at Iowa Lakes.

Coach Turnbull is known for his penchant for focusing on the genuinely significant lessons in athletics that involve more than just winning and are learned through the physical, mental and emotional preparation to be successful both on the court and in life. In his four years at Iowa Lakes, Coach Turnbull worked directly with the volleyball team, guided students, and became an instrumental part of the athletic department.

“Mike did a great job of being a part of our athletic department. He helped mentor other coaches, was always willing to pitch in, and brought an awesome personality to Laker Athletics. Iowa Lakes coaches, student-athletes, and I will all miss him. Mike has impacted so many young adults in his 40-plus-year coaching career. So excited for Mike as he moves towards retirement to be able to spend more time with family and friends, but the coaching world is losing a great one. However, his impact on the young adults he coached will still be played forward,” added Larson.

Turnbull finds himself reflecting on the years leading up to his retirement announcement. As the author of eight books, he knows the exact words to describe his long and successful coaching career and life.

“Blessed, thankful, grateful, humbled, lucky; are all words and emotions to come to mind when someone asks me to reflect on the past 42 years. I also feel a bit overwhelmed when I think of the 80 teams, thousands of athletes, and thousands of games I have had the pleasure of coaching. Not to mention all the other people and places that have been a part of that journey. I know my whirlwind career would not have been possible without the support of a loving wife, children, grandchildren, son, daughter-in-law, and other family members and friends. I am blessed and thankful that the administration at Iowa Lakes had the faith to hire me in 2019 and allow me to serve the Laker community,” explained Coach Turnbull.

As he prepares to move on to greener pastures, Coach Turnbull hopes he is leaving Laker Volleyball in a better place than when he started with a strong legacy of treating student-athletes as people first, students second, and athletes third.

“My dad always said, ‘Leave a place better than you found it.’ I want to think that Laker Volleyball is in a better place, and I look forward to the next coach moving the program further up the standings. I have always felt welcome and supported in Estherville and the Laker community, and I will cherish the time I spent here. The pleasure has been all mine,” revealed Turnbull.

Coach Turnbull is still at Iowa Lakes until July, but Iowa Lakes will begin a national search for the next head volleyball coach immediately.