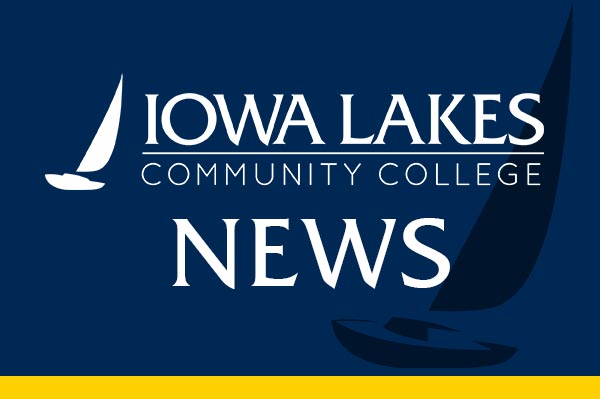 “The cast is a wonderful mix of seasoned performers as well as brand new talent taking the stage for the first time,” said Carol Ayres, Iowa Lakes Professor of Music. “We had many talented singers and actors audition for this musical. We are fortunate to live in an area that has such a wealth of incredible performers!”

Mamma Mia!, a musical based on songs by the Swedish pop group ABBA, has been seen by over 65 million people worldwide in more than 440 major cities. The legendary musical features upbeat music centered on love in the modern age, which can sometimes be complicated.

Set on a small Greek island, Sophie Sheridan, played by Iowa Lakes student Isabel Nichols of Graettinger, is getting married soon. Her dream is to have her father walk her down the aisle. The problem? Sophie does not know who her father is! Her mother, Donna Sheridan, played by Iowa Lakes alumni Serena Lynch of Estherville, is the former lead singer of a 1970s group, “Donna and the Dynamos,” and refuses to talk about her past.

Finding her mother’s diary, Sophie discovers she has three possible fathers: Sam, performed by Iowa Lakes alumni Nick Steinle of Estherville, Harry, played by Iowa Lakes Spanish Professor Michael Nichols of Graettinger, and Bill, represented by Iowa Lakes alumni Doug Stueven of Spirit Lake. She secretly invites them all to the wedding, convinced she will know her father when she meets him.

Mamma Mia! is presented through special arrangement with Music Theatre International (MTI). All authorized performance materials are also supplied by MTI at www.mtishows.com.

Mamma Mia! will be performed on April 7, 8, & 9 in the Janice K. Lund Performing Arts Center on the Estherville Campus at 7:30 p.m. To purchase tickets for the performances, visit iowa-lakes.ticketleap.com. 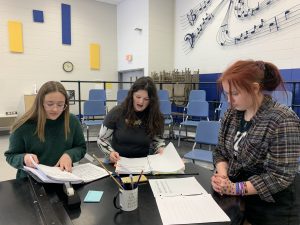