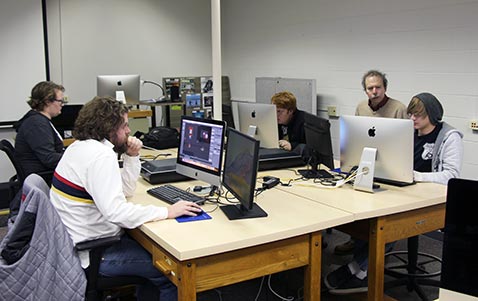 Mark Rosenberg, assistant professor and coordinator of the Graphic Design Program, teaches the class — officially titled 3D Modeling and Character Design — because he sees the importance of 3D in various forms of media.

“It’s important because we see aspects of 3D in so much mass media,” he said. “We see it in movies, on the internet and in gaming.”

Being able to make characters and models in 3D programs gives students a solid skill set in this time of digital animation.

Students in the Game Design & Development program currently make up the majority of the Blender class. In class, students design models and put objects into a 3D environment.

“It’s to be able to create things that move,” Rosenberg said.

This program is free and open source and easily useable alongside other 3D programs.

“You’re able to export into what I call off the shelf 3D programs that cost a lot money,” Rosenberg said.

The basic navigation of the program is what sets Blender apart from others like it, but the basic concept of working in 3D is similar across most all other 3D programs.

“The interface for blender is unique,” Rosenberg said. “For example, right clicking to select something. That takes a lot of getting used to.”

In all other applications, you left click to select something, however, this can be changed in Blender to work as you would expect it to.

This class prepares you to enter the job market in areas beyond northwest Iowa. Having this experience gives you a better chance at finding employment in a bigger market.

“Those are big city skills to be honest,” Rosenberg said. “Multimedia firms and gaming firms — those companies that use these skill sets — have always been in big cities.”

When most people think of 3D animation and design, they think of talking dogs and sci fi movies. While the course does cover that territory, students also deal in real world objects.

In the first few weeks of class, students designed periscopes and kaleidoscopes.

“I like (to have) students (create) things that they can imagine and hold in their hands,” Rosenberg said. “I might even have us do a solar system later in the semester.”

Rosenberg has been teaching 3D for 11 years in many different places.

“My first experience with 3D was 20 years ago,” he said. “(I was) working with a pretty primitive 3D by today’s standards.”

Rosenberg’s class may just be starting but once word gets around how interesting and different it is, the class will entertain and educate for a long time at Iowa Lakes. 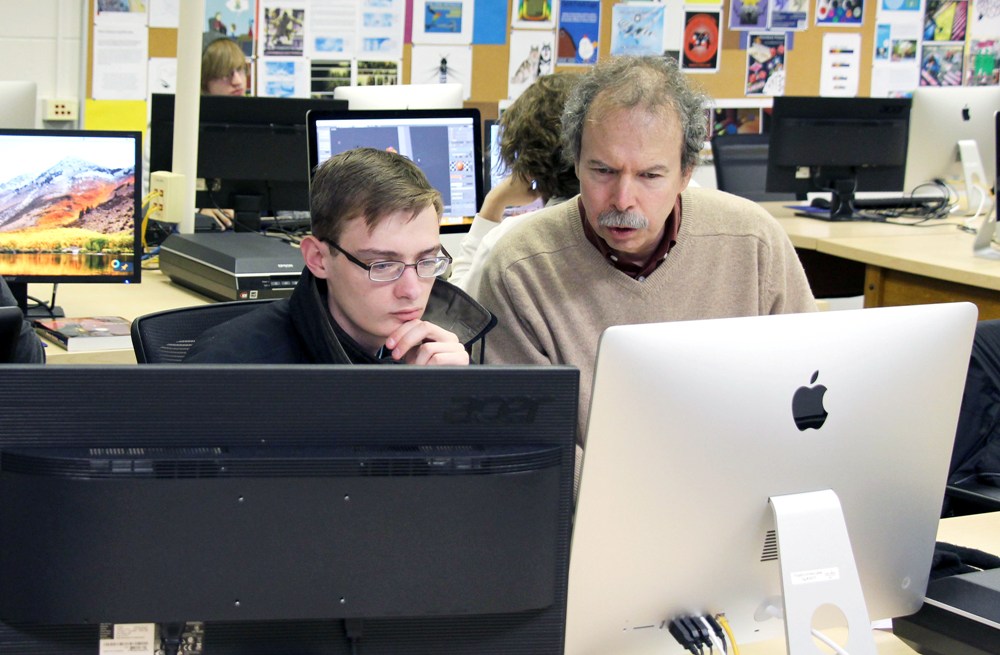