Ten students from this region will advance to the national SkillsUSA competition in Louisville, Ky., June 25-29. Those students captured first place in the state competition held in Ankeny late last month.

In Motorcycle Service Technology, the college had all the winners. Jordan Walker of Emmetsburg won first while Gage Gassmann of Masonville took second and Chase Cole of Emmetsburg took third.

Jacob Cole of Spencer secured top honors in Power Equipment Technology.  He was followed by Jacob Ladwig of Earlham, Alex Clark of Emmetsburg and Brian Ziesman of LuVerne.

At the high school level, the two students from Algona High School captured top honors. They included AnnaLisa Wolf of Bode and Bruce Curtis of Livermore. This is the 18th straight year that members of the Algona High School Broadcast Team have advanced to the national championships.

A total of 21 Iowa Lakes Community College students placed in the state competition. 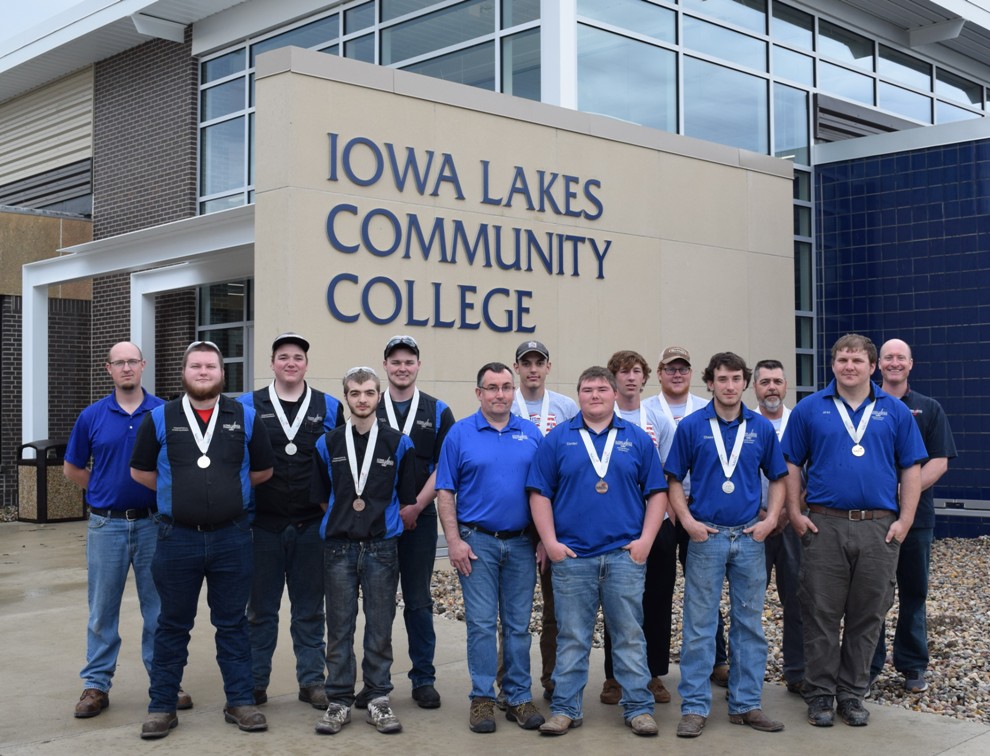