Vice President of Administration, Robert Leifeld,  presented to the board regarding applications for two separate grant opportunities through the Palo Alto County Gaming Development Corporation (PACGDC), one full grant ($5,001 or more) and one mini-grant ($5,000 or less).

Leifeld explained the first grant application would be for a full grant, which would be used to improve the audio-visual technology for the Auditorium on the Emmetsburg Campus and the Farm Meeting Room on the Iowa Lakes College Farm.

Leifeld also presented on the mini-grant application to be used to upgrade the Community Room located between the Emmetsburg Public Library and Smith Wellness Center.

Leifeld shared, “The Community Room is used by a variety of groups and organizations, legislative meetings, family events and College functions. The carpet and surfaces in the room and adjacent kitchenette have become worn from years of use and need to be replaced. The estimated cost for the Community Room Upgrade project is $4,485.

Board approval was granted to move forward with the grant application process for both applications.

Delaine Hiney, Executive Director of Facilities Management, reported the Performing Arts Center on the Estherville Campus is continuing to take shape and is anticipated to be completed in January 2020.

Additionally, approval was granted to accept a donation of $6,300 from eSponser checks for the Century Club.

Rogers reported a new event, “College, Me? Yes”, is scheduled to take place on the Emmetsburg, Estherville, and Spencer Campuses.

“College, Me? Yes! is a career exploration event for individuals who are 25 years of age or older and considering a career change or for those who put college on hold to raise families,” said Rogers. “This is a hands-on exploration opportunity that will include a meal and a discussion panel.”

The first event is scheduled to take place on Wednesday, October 23, on the Emmetsburg Campus and will feature Agriculture, Construction Technology, Hotel & Restaurant Management, Nursing, Powersports and Power Equipment Technology and Welding.

Roger also shared that the Iowa Lakes Italian Buffet is scheduled for Monday, October 25, from 4:30 – 6:30 pm on the Emmetsburg campus of Iowa Lakes Community College.

The next meeting of the Trustees will be on Tuesday, November 19, in Estherville. 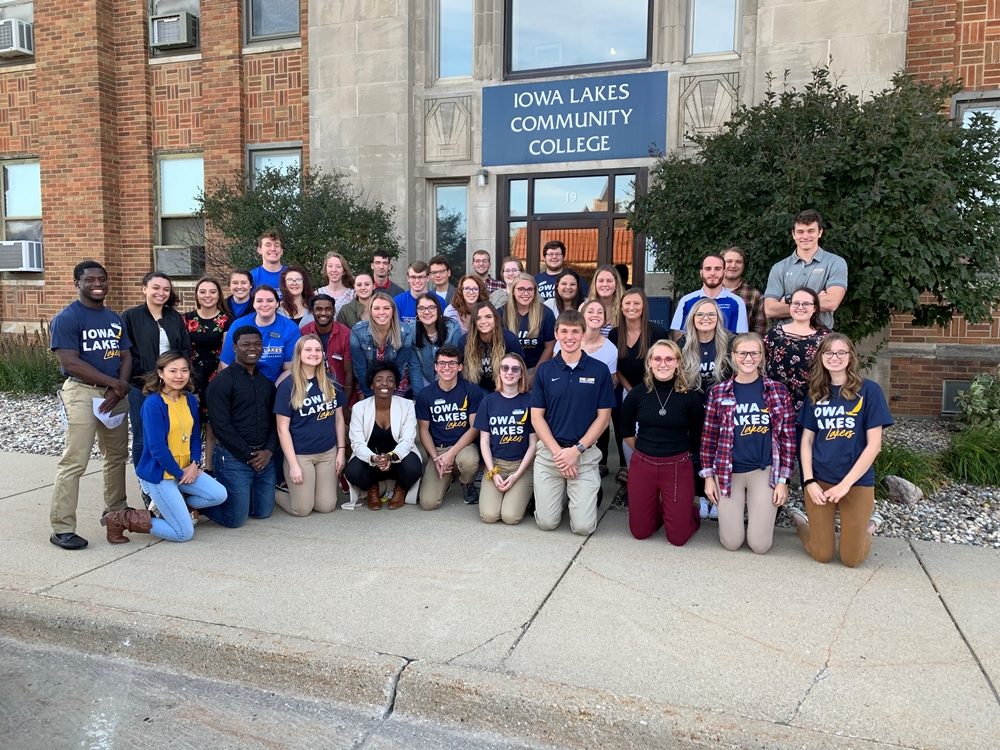